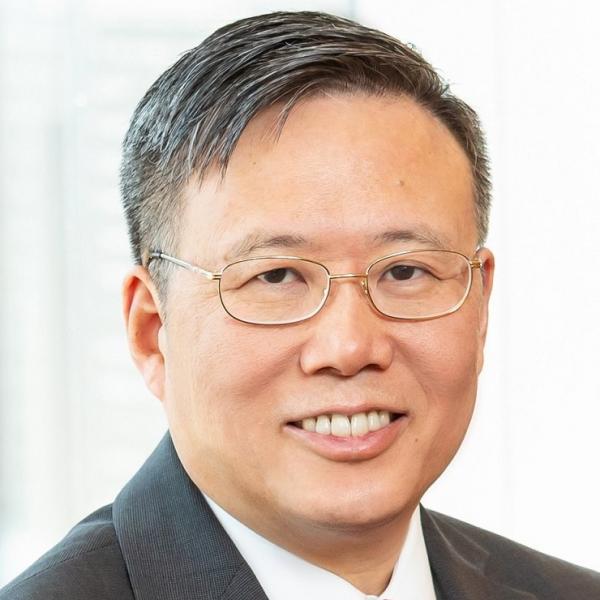 Professor Jin-Guang Teng assumed office as President of The Hong Kong Polytechnic University (PolyU) on 1 July 2019.  Prior to his current appointment, Professor Teng was Vice-President and Dean of Graduate School of Southern University of Science and Technology.

Professor Teng was born in Wenzhou, China.  He received his BEng Degree from Zhejiang University in 1983.  He pursued further study at the University of Sydney, Australia, and obtained his PhD degree in 1990.  He spent about two years as a visiting PhD student and then researcher at The University of Edinburgh, the United Kingdom, from 1989 to 1991.  From 1991 to 1994, he served as Lecturer and then Senior Lecturer at the then James Cook University of North Queensland, Australia.  He joined the then Hong Kong Polytechnic as Lecturer in the Department of Civil and Structural Engineering in October 1994 and rose through the ranks to become Chair Professor in January 2005.  He has served in various academic leadership roles at PolyU over the years, including as Associate Dean of Faculty of Construction and Land Use (2005 – 2006), Associate Vice President (2006 – 2010), Dean of Faculty of Construction and Land Use/Faculty of Construction and Environment (2007 – 2013) and Director of Research Institute for Sustainable Urban Development (2012 – 2018).

A well-accomplished and distinguished scholar in the field of structural engineering, Professor Teng has authored one book and over 200 SCI journal papers.  His publications have been widely cited by researchers globally, and many of his research findings have been adopted in relevant design codes/guidelines in China, Australia, Europe, the United Kingdom and the United States.

Professor Teng’s outstanding academic achievements have earned him numerous accolades, local and overseas.  He was elected in 2017 as Member of the Chinese Academy of Sciences, which is the highest academic title in the field of science and technology in China, Corresponding Fellow of the Royal Society of Edinburgh in 2015, and Fellow of the Hong Kong Academy of Engineering Sciences in 2013.  He won the State Natural Science Award of China (Second Class) in 2013 and the Distinguished Young Scholar Award from the National Natural Science Foundation of China in 2004. At PolyU, Professor Teng was the recipient of The President’s Award for Excellent Performance/Achievement 2013/2014 in the category of Research and Scholarly Activities.