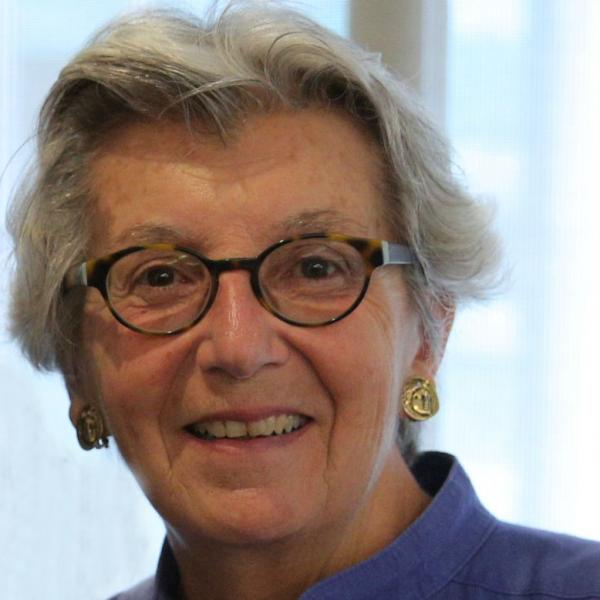 Paula DiPerna is a strategic global environmental and philanthropic policy advisor, and writer. She serves currently as Special Advisor to CDP (formerly known as the Carbon Disclosure Project). In addition, Ms DiPerna is a member of the Board of Advisors of Global Kids, based in New York City, whose mission is to develop global citizenship. She also serves on the Circle of Advisors of Rachel's Network, which links women philanthropists who have environmental interests. DiPerna also served on the Board of Advisors of the NTR Foundation, based in Dublin, Ireland, which was dedicated to environmental grant making.

Ms DiPerna served formerly as President of the International division of the Chicago Climate Exchange (CCX), a private company that pioneered emissions trading worldwide, with special responsibility for China, India, and Asia. Ms DiPerna also served as President of the Joyce Foundation, a major public policy philanthropy known for innovation; Executive Vice President for Recruitment and Public Policy of CCX; and Vice President for International Affairs for the Cousteau Society, whose principal was oceans pioneer Jacques-Yves Cousteau.

While at CCX, Ms DiPerna led the expansion of corporate membership, as well as domestic and international policy efforts. She has extensive experience in China, where she helped negotiate the joint venture that created the Tianjin Climate Exchange (TCX) with CCX Chairman, financial innovator Dr. Richard L. Sandor, in partnership with China National Petroleum Corporation (CNPC) and the first of China's pilot emissions trading markets. Ms DiPerna also served on the TCX founding Board of Directors. CCX, founded by Dr Sandor, began emissions trading in 2003 and was the world's first and North America's only integrated greenhouse gas emissions reduction and trading system.

As President of the Joyce Foundation, Ms DiPerna oversaw all grant making and operations, representing roughly $40 million in annual philanthropy.

As Vice-President for International Affairs at the Cousteau Society, Ms DiPerna was responsible for all aspects of national and international environmental policy, and interacted extensively with the U.S. Congress, Heads of State, and the United Nations. While at the Cousteau Society, Ms DiPerna also wrote and co-produced a dozen Cousteau documentary films. She has traveled extensively globally with Cousteau teams, and lived for one year in the Amazon regions of Brazil, Colombia and Peru, where she oversaw and planned expedition activities.

Ms DiPerna also served as Strategic Advisor to the landmark Intellectual Property Exchange International (IPXI), which was the world's first exchange for the licensing and trading of unitised intellectual property rights (ULRs). She has also been a consultant on environmental matters to the World Bank, the Global Environment Facility and LEAD-International, among other organizations. Ms DiPerna also founded the Jobs and Environment Initiative, which quantifies jobs creation benefits of environmental activities nationally and in various U.S. states. Ms DiPerna was a candidate for the US Congress, and also won an Eisenhower Fellowship, an international program for emerging leaders and spent time in Hungary, Slovakia and the Czech Republic studying emerging environmental journalism and public policy in Central Europe. Ms DiPerna has also won a Rockefeller Foundation Bellagio Society residency to develop her work in environmental finance.

Paula DiPerna is a frequent public speaker, media commentator, guest lecturer and teacher, and panelist. She is widely published in magazines and newspapers, and the author of a novel and several non-fiction books. “Cluster Mystery: Epidemic and the Children of Woburn, Mass” (Mosby, 1985) became a touchstone of environmental epidemiology. She is a contributor and columnist for various publications, including www.wealthasia.net, a leading publication for Asian investors. Ms DiPerna is a member of the Women's Forum of New York, and the Council on Foreign Relations and is based in New York City. In 2018, Ms DiPerna was a Visiting Fellow at Civic Exchange, Hong Kong, focusing on emerging issues in green finance in Asia.