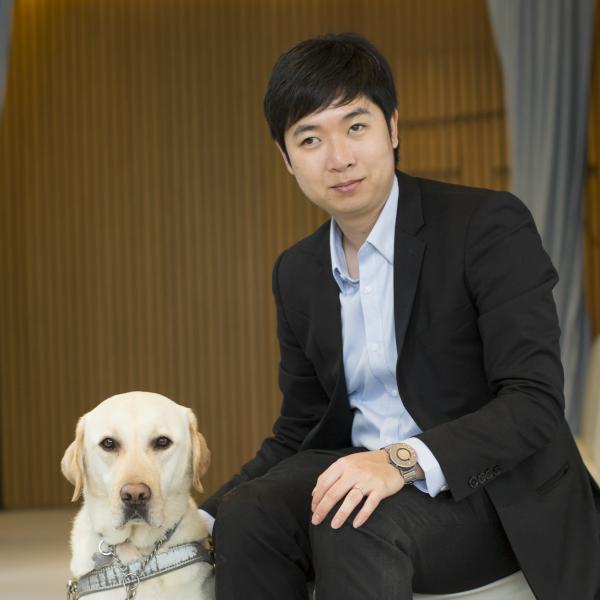 Walter Tsui, Yu Hang graduated in 2011 from the Chinese University of Hong Kong with a major in Economics and a minor in German Language. He is the co-founder and the Executive Manager of CareER Association Limited, responsible for the overall organization development for CareER. He wishes to devote the rest of his deteriorating eyesight in serving the higher educated people with disabilities and special needs.

Prior to his role in CareER, he was a HR Coordinator in L'Oreal, HR Assistant in Gammon Construction Limited for 2 years and a contract HR Assistant in Mallesons Stephen Jaques in summer 2011. During his school years, Walter was offered a summer analyst position in Goldman Sachs’ Human Capital Management Division in 2010. In 2009, he worked in UBS Community Affairs APAC as a part-time trainee.

Walter was born with both eyes visually impaired and now has less than 10% eyesight. He is dedicated to serving the disable community. In 2012, he founded mAccess, a project to promote accessible technology and provide technology training to people with disabilities. In summer 2009, he went to Germany and worked for Dialogue in the Dark Museum Frankfurt. In 2013, he founded CareER Association to develop the first charity to focus on supporting higher educated people across different types of disabilities and special needs.