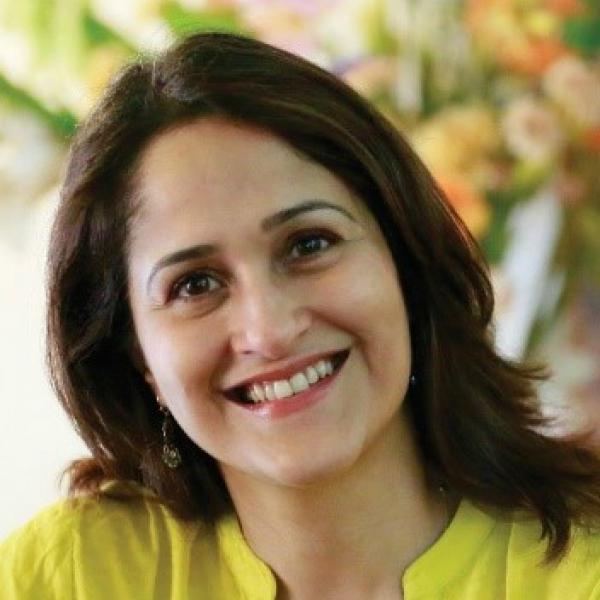 Kiran Bir Sethi is the Founder/Director of The Riverside School in Ahmedabad, India. She is also the founder of 'aProCh'—an initiative to make our cities more child friendly, for which she was awarded the Ashoka Fellow in 2008.  In 2009, she received the "Call to Conscience Award" by the King Centre at Stanford.

In 2009, she founded 'Design for Change' (DFC) - the world's largest movement of change - of and by children. DFC is now in 61 countries—impacting over 2.2 million children and 65,000 Teachers.  In September 2011, she won the prestigious "INDEX – Design to Improve Life Award."  In June 2012, she was awarded the "Rockefeller Foundation Youth Innovation Award."  In February 2014, she received the "Patricia Blunt Koldyke Fellowship 2013" from the Chicago Council on Global Affairs.  Design for Change was declared Lego Foundation's "Reimagine Learning Challenge Champion" in November 2014.  In March 2015, she was amongst the Top 10 Educators, nominated for the Global Teacher Prize - instituted by the Varkey GEMS Foundation.  In June 2015, Design for Change won the Commonwealth Education Good Practice Award.  Kiran was conferred the Asia Game Changer 2015 Award by Asia Society in October 2015.  In February, 2017 she was conferred the “Excellence in Instructional Leadership” Award at NDTV’s National Education Awards.  She has been appointed as Ambassador, Vital Voices, in February, 2017 and in May, 2017, she has been nominated as a member of VVLead Fellowship, a partnership between Pond’s and Vital Voices.  In June, 2017, she met the Pope in the Vatican to sign an Agreement whereby D.F.C. is being introduced in over 460,000 Catholic Schools across the Globe.  In early October, 2017, D.F.C. has been recognised as one of the 100 most innovative educational programmes in the world by HundRED.org (based in Finland).  In April, 2018, she has been awarded the “Light of Freedom” Award, at the Vital Voices, U.S.A., Global Leadership Awards.