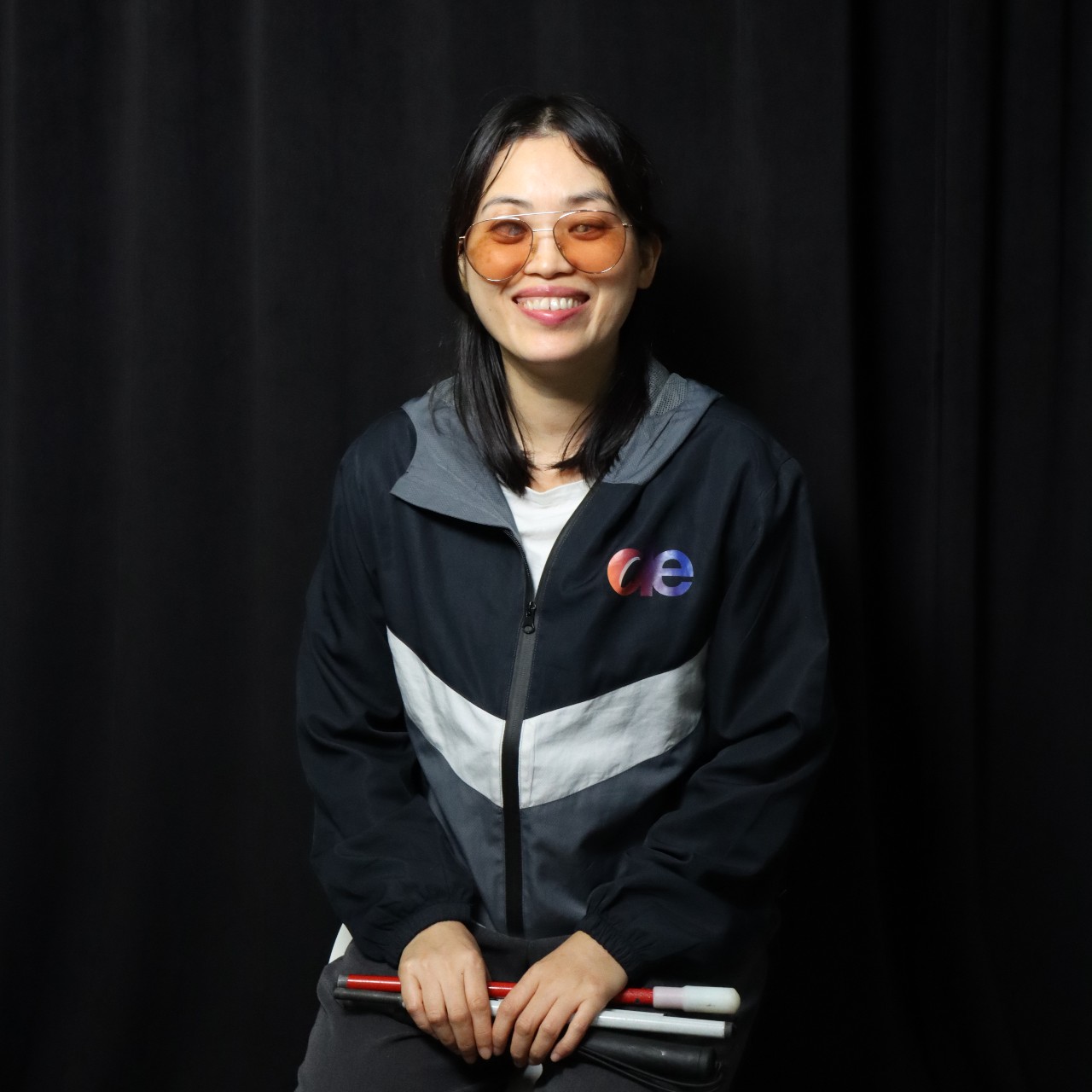 Ms Inti Fu was diagnosed with glaucoma at 16 and became totally blind ten years later. She makes record by being the first visually impaired female runner to complete five out of the six World Marathon Majors and won international marathon matches in visually impaired groups, including Champion in Taipei International Marathon and the first runner-up in Dalian International Marathon. She has run around the world including Australia, America, and Africa.

She was a committee member of Hong Kong Glaucoma Patients’ Association (HKGPA) and Hong Kong Federation of the Blind, helping People with Disabilities to build confidence and encouraging youngsters to be volunteers to work with People with Disabilities. She is also the first visually impaired person to obtain the qualification of "Licensed Insurance Intermediaries" and was employed by a listed financial group. Since 2021, she has joined Dialogue in The Dark (HK)Foundation through Dialogue Academy as Assistant Program Coordinator, arranging Dark Experience for different organizations. In her spare time, she studies Chinese medicine nutrition courses to equip herself.