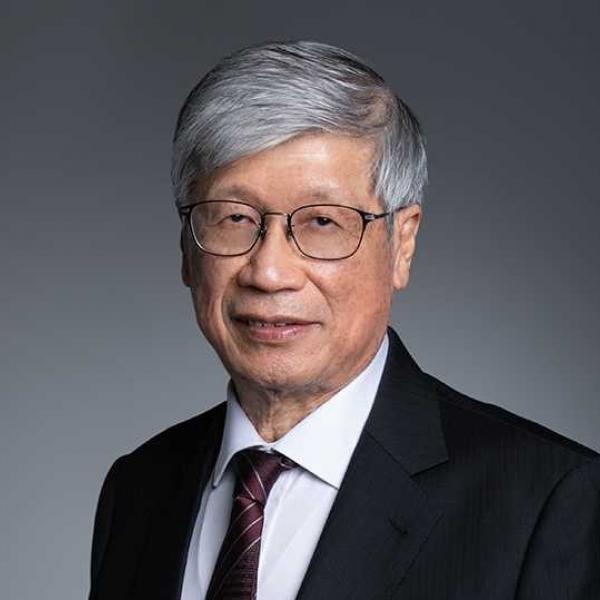 He is a Senior Counsel in private practice and head of Denis Chang’s Chambers in Hong Kong. Website: dcc.law   Qualified in the UK he was admitted to the English Bar in 1968 and was called to the Hong Kong Bar in 1970. Appointed Queen’s Counsel in 1981, he has served as Chairman of the HK Bar Association and was an Executive Committee Member of the Basic Law Consultative Committee. He has also served as an Unofficial Member of the Executive Council of Hong Kong (1992 -1997) and was a Non-Executive Director of the Securities & Futures Commission and Chairman of the the predecessor of IPCC (Independent Police Complaints Council) for over six years until 1998.

He was formerly on the Board of Consultants of the HK Council of Social Service Project on Social Development Index for HK and served as Chairman of the Judges’ Panels of the 1998 HK Awards for Industry. He is currently a Council Member of Caritas Hong Kong and a member of the Board of Governors of Caritas Medical Centre and Chairman of the Councils of Caritas Institute of Higher Education and Caritas Bianchi College of Careers. He was invited to speak on social enterprises at a Business Ethics Summit in June 2011 at the Vatican where he presented a paper on Civilizing the Economy: Converging Bottom Lines? and has acted as an Adviser to the Social Enterprise Summit in Hong Kong.  He is a Life member of the Good Lab, and is an Adviser to SVHK. Among his published papers is Human Rights & the Relational Self: A Personalist Approach (published as a book chapter by Springer, 2017) as well as a Foreword in How You Could Change The World (Issues 1 to 100) by K K Tse entitled Learning to Scale the Social Enterprise Summit: “What Matters is What You Do Between Summits”. He is Chairman of the Hong Kong Law Journal.